23andMe says "We have no use for YOUR laws" 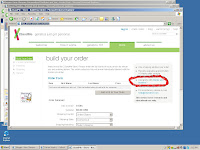 In an age where no one trusts anyone and we see defiance of laws for the sake of profit I am still shocked and awed that companies that are formed to "Not be Evil" or to "Benefit Mankind" choose to ignore laws.


In healthcare, imagine if your doctor was found to be breaking the law. Stole from Medicare? Non-Compliance with State regulations? Spousal Abuse? Selling Drugs?

Most of these are career killers. In fact in CT we just had a large group of GI doctors who are now not doing so well because one of their partners was just charged with endangering a minor.


Why is it so vital that physicians, nurses and others in the healthcare field try to stay above the law? Because patients lose trust in the system. They begin to think that their care givers are reckless criminals. And WHO would trust their life to a criminal???

Apparently, this stream of thought doesn't even phase a company like 23andME. You see, they are blatantly breaking the law in several states. Why? They are on a mission. Destroy the current healthcare system, shatter the current ethical way that we currently practice research!


Why? They think that the cavemen currently practicing healthcare aren't in tune with their goofy Singularity!

How do we know that they don't care about the rules? 2 ways.


1.) They are actively doing research without abiding by the international "rules" for ethical research. They have no IRB and are coercing their participants by charging them money.

2.) They have said F~c& you to New York State by flaunting loopholes in their laws governing labs. In fact, NYS had asked them to destroy the samples which they had collected ILLEGALLY at a Fashion Show Spit Party.........In fact they post the loophole on their website

23andMe is currently unable to process saliva samples collected in or mailed from the state of New York. The New York Department of Health considers our Personal Genome Service a test requiring a lab license and direct physician involvement.


I watched the NY State presentation at the Recent SACGHS meeting. The woman seemed pretty pissed off at 23andMe's flaunting of these rules. In addition, she said that if they wanted to have any more spit parties, they could come up to Connecticut.....


But what she doesn't know, is that CT's laws are pretty clear about DTC testing as well......

According to a 2007 survey by the Johns Hopkins University's Genetics and Public Policy Center, Connecticut, Pennsylvania, and New Jersey do not allow or limit DTC marketing of genetic tests and require tests to be ordered by a doctor.

I guess they don't care about Connecticut's laws either..........or California's or Pennsylvania's of New Jersey's. I could go on and on here.

I have a big issue with companies looking to play doctor without going through the process of being a doctor. Or playing clinical laboratory without taking any of the responsibility of being a laboratory.


The Sherpa Says: DTC genomics companies in this current form are breaking the law and could care less. Why did I point out the insurance fraud going on at major academic centers? The same reason I warn state governments about the flagrant disrespect of these laws. You cannot effectively practice medicine when the "Chain of Trust" has been broken......

Um. We lost trust a long time ago.

I have no problem with direct to consumer service providers. It seems that the real issue here is that doctors are being cut out of being about to play the rent-seeking "gate keeper" role.

People are allowed to freely trade with each other in any other industry and economic activity. There is no reason why the same principle of free association cannot be applied to medical area.

Also, the research that these genomics companies do does not violate any kind of human rights because the customers themselves are not subject to any kind of invasive medical testing. Thus, IRBs and the like are not necessary.

I am sorry. That is a shame.

@ Kurt,
How is practicing medicine "rent seeking"? All of the people who use this argument clearly have no appreciation for medical care.....

I am in agreement for free market principles in health care.....WITH QUALIFIED HEALTHCARE PROFESSIONALS.....These laws exist because without this regulation you get all sorts of crazies giving medical care....Like you perhaps?

As for IRBs, you are clearly mistaken. These review boards are not just for invasive research. Go learn about them on wikipedia
http://en.wikipedia.org/wiki/Institutional_review_board

or at the FDA http://www.fda.gov/oc/ohrt/irbs/

Then come back and have something cogent to add.

Mr. Murphy, you've just transformed yourself into the Rush Limbugh of the Medical Establishment. Who are YOU, my physician or an IRB to decide what information is "actionable"? You don't want to tell me about a potential prediposition because "there's nothing" I can do about it... REALLY? I can do lots of things... I could change the focus and ammount of charitable giving I make, I could decide NOT to max out my 401K, I could make more informed decisions about marriage, family planning, health insurance, choice of career, etc. etc. etc..

BioBud,
I have been called Howard Stern, but never Rush Limbaugh. You clearly have only read my blog once. You would see that my stance is pretty clear.

1. The laws exist to protect people from unscrupulous persons as well as from themselves

2. These DTC companies are breaking laws.

3. These consumers may also be breaking laws.

But interpretation? That is governed by law.

Sorry. You want to change it? Call your congressman.....

Wasting your time shouting me down won't do anything.

But thanks for reading, even if it is just once.

Laws "exists" because of the interest groups who lobbied for them. I don't see how what personal genomics companies are doing is any different than what WebMD i doing. You state emphatically that DTC's are "breaking the law". Really, are you a licensed attorney, a judge perhaps? If you take your arguement to its logical conclusion, you should be put in jail for practicing law.... It interesting, you never provided a counter arguement against my point about the definition of what is "actionable" except to attack it as "illegal"....

@BioBud,
"Laws "exists" because of the interest groups who lobbied for them."

Does it make them any less laws? In fact by not abiding by them it makes you an OUTLAW.

Who are these laws harming? I am curious? Civil Disobedience was about justice and people having EQUAL rights. That is law breaking which is worthwhile. THIS is not that.

These aren't my judgements, they are that state's attorney general's.....I think he is a lawyer.....

Not Me. I am a Doctor of Medicine.

At first I thought that you only want a piece of the pie (gatekeeper's fee).
But then it became obvious that you only care for my wellbeing. Obviously you will offer the services pro bono.
Seriously now: tell me again WHY should I pay you to get some info about myself??

I could have saved 23&me time and money with those spit-donations in New York by informing them that New York, (unlike some states) does not permit DNA testing without patient consent and a doctor's order. My laboratory tried it years ago with the ApoE marker. All of our test requisitions for NY residents required a disclaimer, stating the patient was informed by their MD that it was a genetic test.
I think if DTC companies are to survive, they should welcome strict regulation, and adhere to the standards of HIPPA, CLIA, FDA,IBS,etc.
What is so awful about making MDs the gate-keepers of this techonology? It was done for HMOs.

Mr. Gene Sherpa, you're teetering on the edge of actionable slander, so I'd be a little more careful with the rhetoric in the future, if I were you.

What's so bad about making doctors the gatekeepers? Imagine the following dialogue:

PATIENT: I'd like a referral to get my genome sequenced.
DR. STEVEN MURPHY: You can't have one.
PATIENT: Why?
DR. STEVEN MURPHY: Because those companies can't tell you anything, and I don't want you to worry your pretty little head about some nebulous risk.
(patient leaves)
PATIENT: OK, thanks.
DR. STEVEN MURPHY: Whew! The last thing I need is a bunch of busybody patients asking me questions all the time.

With all due respect, at least all I can muster, who the hell do you think you're kidding?

As the parent of an autistic child, and as an individual who is VERY well versed in the politics behind conventional medicine's attack on naturopathic and alternative medicine, I have absolutely no belief whatsoever that the sanctimony with which you wrote this has ANYTHING to do with outrage over some people are breaking a law that has no business being on the books in the first place. If you were that incensed purely over the violation of the ridiculous law, you'd be a lawyer and not a doctor.

Your objection is that they're horning in on what you perceive to be YOUR territory -- and they're stealing customers who are increasingly distrustful of the conventional medical community (for reasons that would be clear as ice to you if you had the slightest inkling of what was wrong with what you said in this blog).

Ms Noniabisi,
I am sorry that your child has autism. It is a difficult syndrome and I am sorry for your and your son's struggle.

That being said, these laws are not meant to prevent you from seeing any "non-science" based health practitioner that you want.

It is to protect those who seek out such treatmemts. Just like malpractice laws protect you from licensed practitioners.

So I think your argument does not hold water. I am sorry.

this is ridiculous said...

This is ridiculous, They explicitly say on their site that this isnt a screening for diagnosis

"3. Description of What the Services Are and Are Not: 23andMe Service Is For Research and Educational Use Only. We Do Not Provide Medical Advice, And The Services Cannot Be Used For Health Ascertainment or Disease Purposes"

That was taken straight out of the terms of service, now people like me who live in Maryland and want a decent test to determine ancestry cannot have it, because of a simple misunderstanding. I find it ridiculous when its RIGHT IN THE TERMS OF SERVICE.. If you want a diagnosis go to your doctor, but this is for educational/personal information purposes so I think this should be legal.

In what world does a terms of service equate with reality?

The reality is this. 23andSergey is using a CLIA lab to run HUMAN samples, for the explicit purpose of obtaining genetic information, such as BRCA mutations, they are then providing a risk estimate of a disease based on that biologic sample they ran......

What part of that don't you get?

That is medicine and clinical laboratory testing my friend......

Just because some stupid ass terms of service says something, it doesn't make it TRUTH or REALITY.