When driving of flying with the kids, I hear "Are we there yet?" It has to be one of the most annoying things these little angels do.


I had a wonderful patient. A fantastic friend. He was diagnosed with AML. 21 days later he died.


The family, upon learning the diagnosis said, "Is he going to do ok?" Sadly, given his age, I said probably not. But......his cytogenetics looked good.


Way back when, we classified this disease according to microscopic morphology. It was classified on how it looked visually. This led to some good, albeit not perfect classification.


We then used our rudimentary cytogenetics studies. This led to some helpful poor and good prognostic help. Again, not perfect, but better. Well, my friend's cytogenetics were great. So I suggested that, we may be surprised........


Despite this, he died. 21 Days later. Why? Was there something else? Perhaps some genetic alteration that was not screened for. Could I have had some better prognostic tools?


Well, we sent for some experimental marker, which returned too late. NEJM has recently published  a study on these markers. Yes, I did something experimentally. Why? My friend was dying and I needed some insight.


"We identified at least one somatic alteration in 97.3% of the patients. We found that internal tandem duplication in FLT3 (FLT3-ITD), partial tandem duplication in MLL (MLL-PTD), and mutations in ASXL1 andPHF6 were associated with reduced overall survival (P=0.001 forFLT3-ITD, P=0.009 for MLL-PTD, P=0.05 for ASXL1, and P=0.006 for PHF6); CEBPA and IDH2 mutations were associated with improved overall survival"


Despite good cytogenetics, my friend died, 21 days after diagnosis.


Why can't we do these faster? Why didn't it get sent right away? I should have forced the provincial Oncologist to send ASAP.


I will from now on. In remembrance of my friend.


The Sherpa Says: We have to get these studies out in publication quicker. We can't move the ship of personalized medicine forward without quicker peer review and publication!

Has anyone followed the literature on these companies that offer personalized genetic testing to customize oncologic treatments? In a recent study published in the NEJM a thought that has launched millions of Venture Capital Ships has encountered some very rough waters.


In fact I know of one Consumer Genetics founder whose "Second Pivot" was this whole theory of personalizing cancer therapeutics to a series of genetic tests.  A simple premise you see. One cannot characterize the molecular activity and weaknesses of a tumor through a microscope. With staining, you can see some insight but not all. Thus, you need to molecularly profile your cancer.


The solution, we create an amazing molecular lab to take your tumor sample and "Personalized Treatment" based on our tests. Just make sure you get the tumor sample.


Simple enough to do one would think.


Enter March 8, 2012. "63 to 69% of all somatic mutations not detectable across every tumor region" Quote from NEJM Further "Mutational intratumor heterogeneity was seen for multiple tumor-suppressor genes converging on loss of function"


Ok, before you start the shorting and divestiture......


Caveats
1. This was only in Metastatic Renal Cell Carcinomas
2. This is only in four patients
3. This can be mitigated if you take multiple tumor samples and sequence multiple areas, I hope.


What does this mean really? Something that in our heart of hearts we already suspect we know. Once cells become cancerous and mutate, they are more likely to mutate more.  Why would they be restricted in their mutations over time?


The Sherpa Says: You can really personalized a tumor's treatment by removing the entire tumor. If you can't do that, you risk missing personalization by 50%.

Laying down the Gauntlet, Royalty Time! 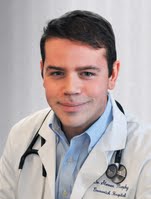 After having many discussions about this. First one in 2007 with Matt Tindall and others with a host of people, you know who you are!


I am even more convinced as we are a "GIVE ME MY DAMN BIOMETRIC DATA" society. Are patients really to be expected to give up their data to Google for "The good of the cause"?


The answer: Absolutely not.


You have heard of Google AdSense right?
Google has clients that want to advertise, Google needs data to display these ads. In the internet world, this is known as content. What does Google do for this "content"? They pay you. They cut you checks for your blog/website/etc. (i.e. data)


Well, I have a question to those "early adopters (read- suckers)" Why did you give google/etc. your genomes for baubles?


Why? For the good of it? Because you bought into AnneW's story?


GoogleAdsense existed before 23andMe. Most of you are smart silicon valley types. Why did you not demand a Google check?


My thoughts. For every piece of biometric data you pay some company to give you, the MOMENT, yes the MOMENT they sell it to a third party, you should get yourself a royalty check.


I wanted to give shares of my company to research subjects. But, after speaking with IRBs, this was a conflict of interest. But not if the data were sold AFTER research was done.


My advice, if you are smart and are a lawyer, give me a call. I have some ideas of what area of law you should research!