First Mari, Now Linda. Who's next? 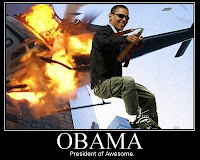 I wish Linda Avey all the best, eve though she stared me down in 2007 like I was some pariah doing awful things screwing up her plans for world domination.......

Second,
I wanted to point out that this is the second Woman CEO to "step down" to do other things in the personal genomics space.

The last was replaced by some guy named Lord.

I wonder if 23andME will get a guy named Jesus?

The public scoop From Kara Swisher Linda's email to the 23andme drones.

"I’m leaving 23andMe and have begun making plans for the creation of a foundation dedicated to the study of this disorder. The foundation will leverage the research platform we’ve built at 23andMe–the goal is to drive the formation of the world’s largest community of individuals with a family history of Alzheimer’s, empower them with their genetic information and track their brain health using state-of-the-art tools. We’ve always planned to include Alzheimer’s in our 23andWe research mission…I’m just approaching it from a new angle."

It is becoming more clear.

Maybe make it a Google App???

Interesting, but it is with Anne's email that I am most curious......

"In the weeks ahead, we will outline a strategy for the company that we believe will make genetics a routine part of health care and will lead us to making significant research discoveries."

Holy Sh!t Google has found a way to do a 20 year cohort study in less than a month! Maybe the also have found a way to brainwash physicians into performing these tests? Have they partnered with Obama to have everyone spit in a cup with their census data and get barcode tattoos with their genomes linked to a central database at flag@whitehouse.gov or maybe BRAVENEWWORLD@Whitehouse.gov?

Why? Just link the data to your driver's license or social security and demand proof of such for employment, all government registration, and driving.

The government doesn't care to watch the lumpenproletariat. Duh.

Integrating into a Google App - Google Health is like taking liver transplant from a patient that died of hepatitis and trying to save a patient who is dying of kidney failure.

23andMe has already moved into Google HQ to save money on office space - so the transition to the 20% projects should be an easy one.-----Free food, smoothies,bring your dogs to work, free transportation to work, the benefit package just got upgraded at 23andMe.

But unfortunately - as they say down in the south - THAT DOG DON'T HUNT!!