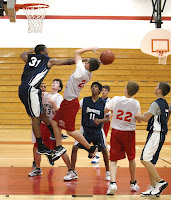 Way back in 2008 I mentioned an article, which I hoped would pan out. Or at least I hoped it would point the way to a model of PGx research which would be followed by pharma and alike to find associations to help us target the right medication for the right patient.
While the similar model followed through with Plavix, the initial study did not.
Which is why when the Berkeley Heart Lab guy came last week, I told him I would not be testing for Kif6. It had not been replicated in further GWAS.

Heck, I don't even use the 9p21.3 test......Why?
A VAP cholesterol panel, a HsCRP, a family history and a blood pressure can help me predict risk much better.
The problem and backlash facing DTCG and DTMD genetic test purveyors is
the 'Ol "Your million dollar major study now rushed to market has just been refuted"
Yes this happens in biomedical science and in medicine ALL THE TIME.

Bed rest for MI anyone?
Low Dose Dopamine?
I could go on and on, but I won't
Put simply, the majority of the genome is NOT ready for clinical medicine or clinical decision making.
It won't be for 20 years.
That doesn't mean there aren't some things we can use.
1. BRCA1/2
2. MMR genes
3. CYP2C19
4. CYP2D6, sometimes.....
5. SCD genes
6. Counsyl universal carrier screening
That is why the FDA is all hepped up about DTCG and even DTMD.
If a gene test comes to market that purports disease risk it had better be studied for at least 5 years before it comes to market.
Post market surveillance did not protect all those patients on Statins, "just because" of Kif6 risk.
Get it? These tests can lead to incorrect medical decisions....
Which can lead to risk.
Yes, even the DTCG tests can fool doctors and patients.
The Sherpa Says: If 2008 was the year of the GWAS, will 2011 be the year of the overturned GWAS?

Pharmacogenomics is the branch of pharmacology which deals with the influence of genetic variation on drug response in patients by correlating gene expression or single-nucleotide polymorphisms with a drug's efficacy or toxicity. By doing so, pharmacogenomics aims to develop rational means to optimise drug therapy, with respect to the patients' genotype, to ensure maximum efficacy with minimal adverse effects. Such approaches promise the advent of "personalized medicine"; in which drugs and drug combinations are optimized for each individual's unique genetic makeup.[1]...hmmm...this sounds to me like the clinical utility of KIF6 Genotype test... maybe Eric Topol should review this

No, 2011 will be the year of finer GWAS parsing -- fewer & fewer studies will end with just some tag SNPs and more and more studies will use cheap targeted sequencing (or cheap whole genome sequencing) to identify the likely causative variants. Knowing the real variants will greatly sharpen the estimates of penetrance & enable better risk assessment.

On the flip side, arrays will be of decreasing value for assessing these causative variants. So whoever is doing the risk assessments will also be switching over to sequencing.